This puts it customers in an uncomfortable position, in particular Emirates, which has ordered no less than 115 (almost 50% of total orders to date.)

Today, July 4th 2021, we celebrate the 3rd anniversary of Absoluz Consulting. AFter 3 years, what happened to the company? 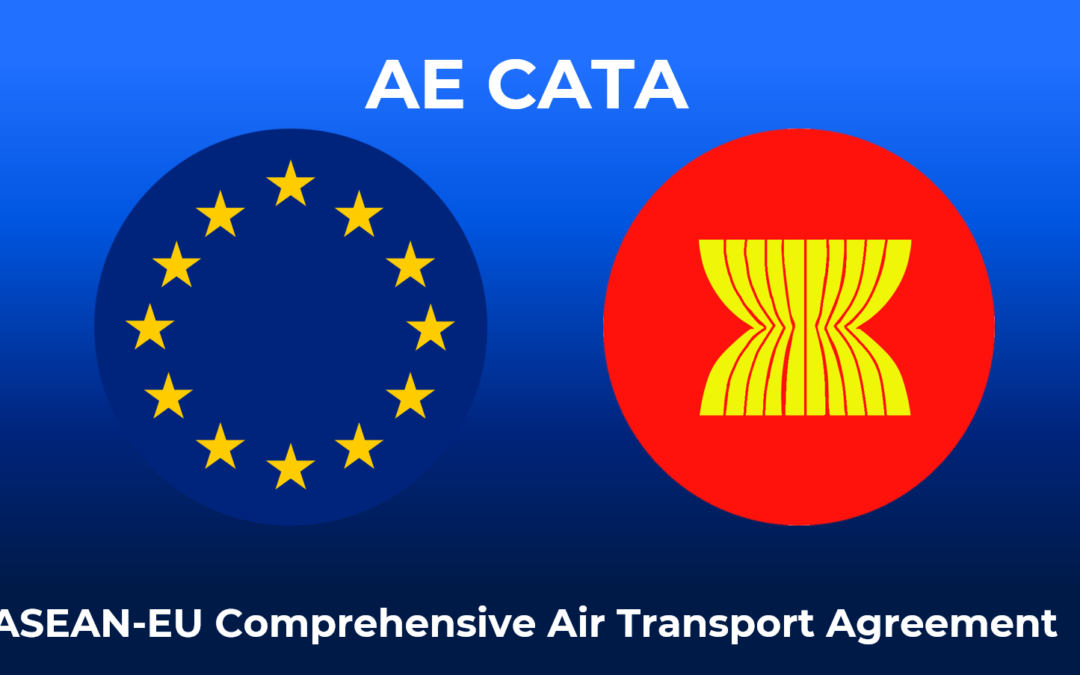 First “Open Skies” agreement between the EU and ASEAN

On June 2, 2021, the European Union and the Association of Southeast Asian Nations concluded the ASEAN-EU Comprehensive Air Transport Agreement (AE CATA). These negotiations were first discussed in February 2014 during an ASEAN-EU aviation summit. It was in October 2016 that the rounds of negotiations began.

This agreement, which has received little coverage in the European  daily press, marks a global turning point for the aviation sector and for airlines. It is the first agreement between these two trading blocks that provides for an “open sky” or “open air zone”. Commercial services between these two regions and cargo services between and beyond any country will be unlimited. Airlines will be able to offer up to 14 weekly passenger services.

In addition, such an agreement is a great opportunity for both regions to boost their economic activities, following the global pandemic.

The Chairman of the ASEAN Transport Ministers’ Meeting, Mr. Sun Chanthol, said: “ASEAN applauds this significant achievement. The Agreement would result in significant greater connectivity between ASEAN and the EU, benefitting a population of 1.1 billion people and enabling greater business, trade, tourism and people-to-people links between both regions”.

ASEAN Secretary General Dato Lim Hoi added in a separate statement: “The AE CATA would significantly strengthen air connectivity between ASEAN and Europe and bring both regions even closer together. This would allow them to reap further economic benefits.”

Finally, Ms. Adina Vãlean, European Commissioner for Transport, stated: “The conclusion of this first-ever ‘bloc-to-bloc’ air transport agreement marks an important milestone in the EU’s external aviation policy. […] I am grateful for the constructive approach of all parties involved, which made this historic deal possible.”

The formal signing of the CATA EA will take place at a later date, as the agreement is currently undergoing legal review.

This agreement could be a precursor to others and may be expanded rapidly.

Located in Paris, Symbio is looking for ways to reduce greenhouse gas emissions, improve air quality and develop renewable energy. Thus, since 2010, Symbio has been developing and marketing fuel cells. Indeed, in March 2013 an agreement between Symbio and Renaud was signed, generating the production of several models equipped with this technology, including the Kangoo ZE H2 in 2014. Since then, Symbio has signed new agreements and become a joint venture with Michelin and Faurecia. Today, these hydrogen fuel cells guarantee battery-powered electric vehicles a doubled range and a recharging time of just a few minutes. More than 200 vehicles are already equipped with these batteries and have covered more than 3 million kilometers. These batteries can generate between 5 and 300kW and can thus be adapted to all types of vehicles, from small light city cars, to large handling or mining vehicles, as well as trains and boats.

Symbio meets the expectations and concerns of fleet managers, as it is possible to equip vehicles with zero-emission batteries without defining a new operating scheme. It also meets the needs of manufacturers by offering a wide range of battery versions, available for all types of vehicles.

Symbio aspires to become the world leader in hydrogen-powered mobility for all vehicles equipped with this system. It is therefore committed to mastering the cost curve and implementing automotive production standards by 2023 and to producing 200,000 StackPacks per year by 2030. Currently, three StackPacks are on display: H2Motiv, a complete range of StackPacks (Automotive), StackPack S, designed for light vehicles and city buses, and StackPack M, which is aimed more at 44-ton trucks and SUVs. The latter will be available from 2023. 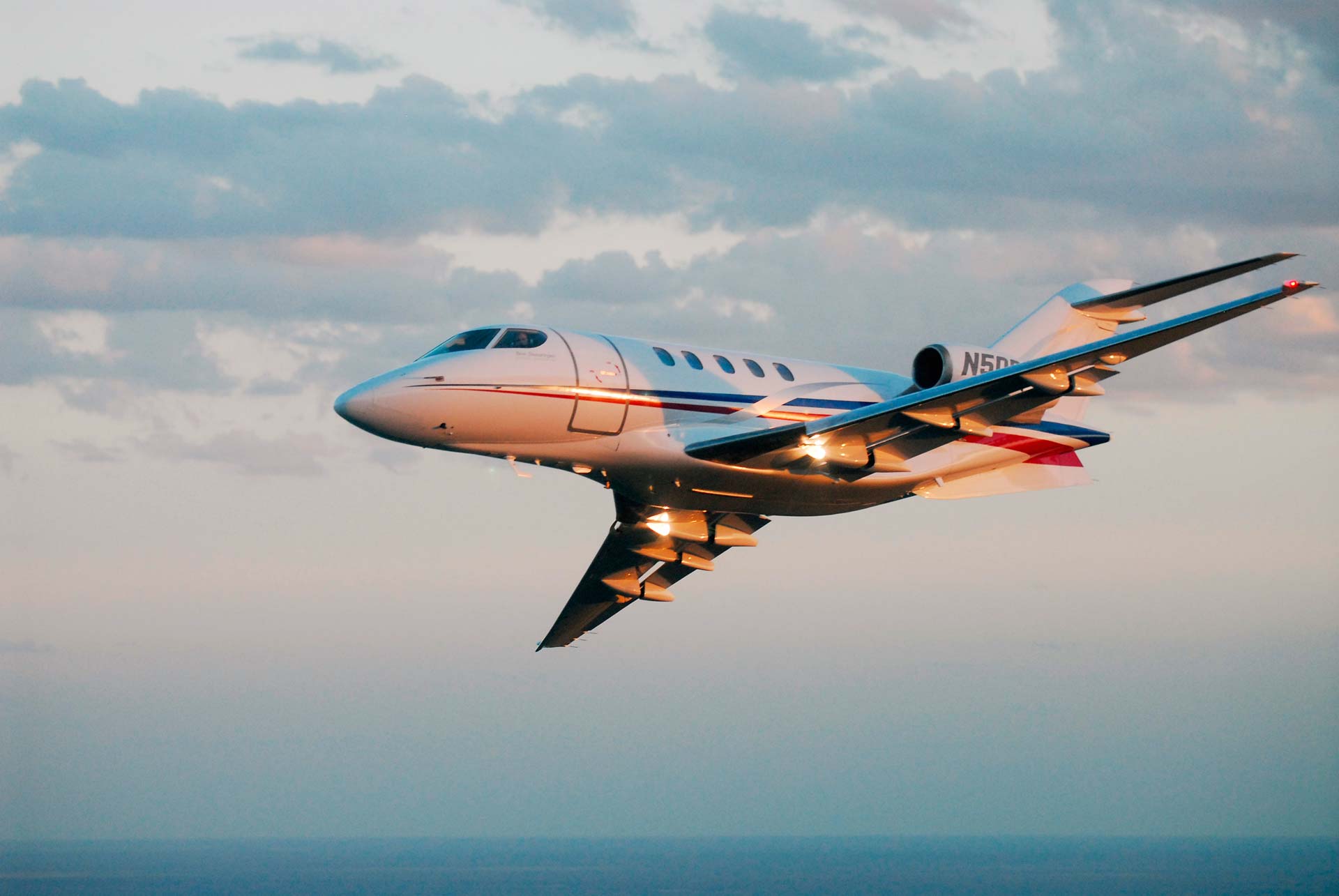 Thirty years after the first presentations of a prototype in 1991, SyberJet Aircraft proposes a new revolutionary aircraft: the SyberJet SJ30.  This 6-seater jet from the Light Jet family is much lighter than other high-end jets. Rather small and with good aerodynamics, it is handy and fast. It is equipped with two Williams International JJ44-2A engines that allow it to travel up to 2,500 nautical miles at an average speed of 850 km/h, with a fuel consumption reduction of 25% compared to alternative jets.  A New York – Los Angeles or a North Atlantic crossing become easy thanks to its capabilities.

The interior of the aircraft was designed to be comfortable and space-free. The most luxurious materials have been used to achieve a pleasant interior that takes back the appearance and sensations of a sports car. In addition, to optimize the concentration of pilots, the cockpit has been improved to maximize the space of pilots and to reduce at best the visual congestion.

The SyberJet SJ30 can reach 41,000 feet with a pressure similar to that of sea level. Up to 49,000 feet, it can pass over any traffic, weather conditions, and more direct routes to its destination.

This new technology gem is priced between $8.3 and $8.5 million at the catalogue price. It is produced in Utah, Cedar City. The company does not disclose its sales.

THE SILENT REVOLUTION OF ADDITIVE PRINTING

Additive printing, or 3D printing is one of the industrial revolution in progress. Silently, processes are improving, machines are increasing in size and speed, software is more and more complete and linked to other production systems. And last but not least the use cases of multiplying ad infinitum.

It is the very example of a technology whose uses of tomorrow are hardly touched upon and which will emerge as the technology is deployed. To democratize one would be tempted to write.

In Europe, many fablabs exist which own or use one or more additive printers to increase their rapid prototyping capacities tenfold.

But they are not the only ones. Thus NAVAL GROUP, French flagship of the military naval industry, recently produced a boat propeller in additive printing. That is, if confidence in the strength and reliability of production is high: one would not imagine such a group producing such a vital organ on a ship without complete confidence in its reliability.

Further, in the United States, an entire speedboat was produced with an additive printer.

Dimensions no longer seem to be a problem and giant printers are proliferating. In fact, you scale the 3D printer to the product you want to create.

Entire houses were created in additive printing. Of course, we are still at the stage of the demonstrator, the prototype, the POC “Proof of concept”. But progress is there and is slowly revolutionizing industrial production.

All industrial sectors will be impacted by this revolution in additive printing, both aeronautics and the medical sector and the energy sector.

The two initial obstacles, which were the dimensions of the parts and the choice of usable materials, have in part been lifted. In the two main families of materials, plastics on the one hand, and materials on the other, new patents and innovations bring new possibilities every month.

Additive printing, 3D printing has not finished to surprising us.

The regional turboprop aircraft Il-114-300 made its maiden flight at Zhukovsky airfield on December 16th. The aircraft was piloted by test pilots Nikolai Kuimov and Dmitry Komarov, assisted by onboard test engineer Oleg Gryazev.

This regional aircraft will be able to carry up to 68 passengers and can be used without jetway (integrated staircase). In manys ways it targets at the same market segment as the ATR72-600 or the Bombardier Q400.

On Wednesday 9th, Dassault Aviation presented its future new bizjet aircraft, the Falcon 6X. It’s not yet ready to fly, but it’s under way.

It is equipped with Pratt&Whitney PW800 series engines.